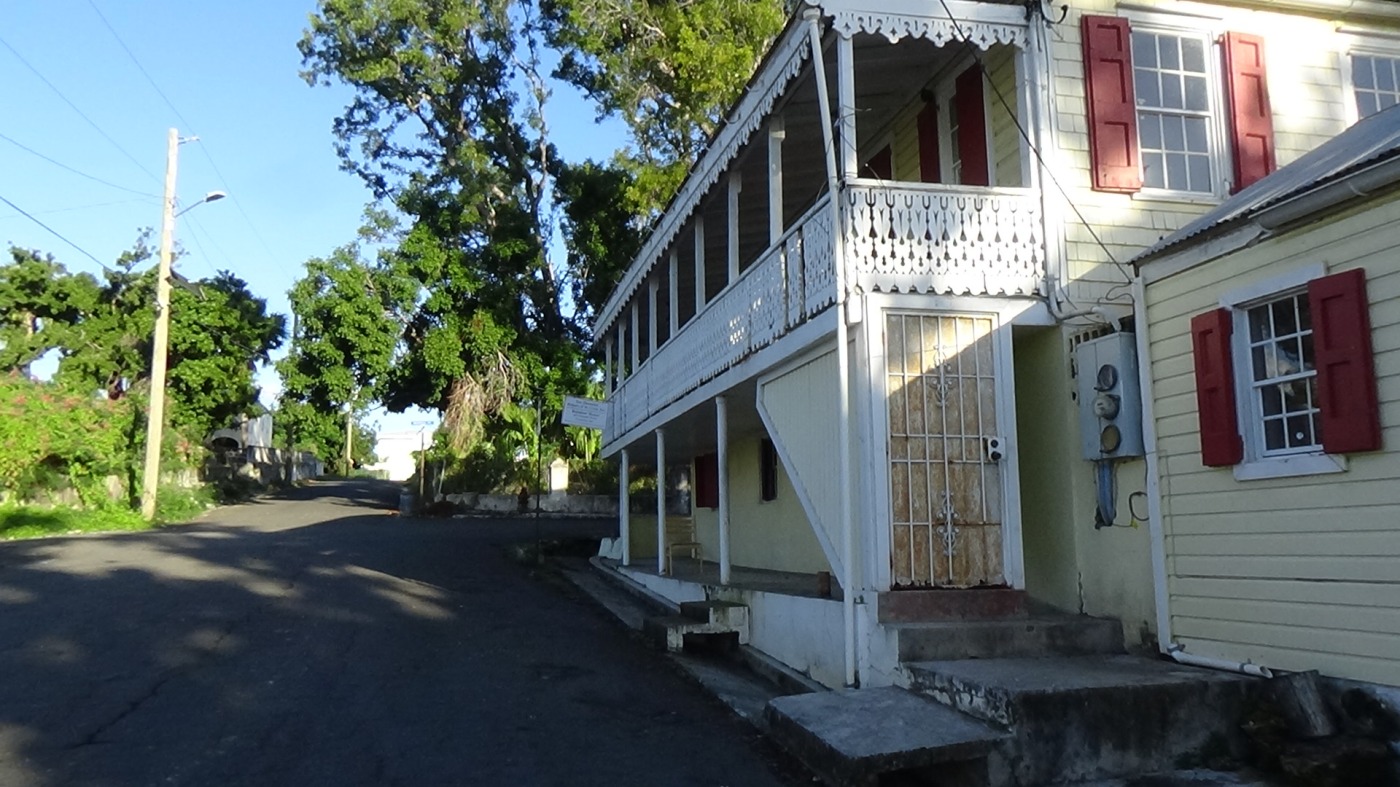 Members of the Virgin Islands’ community affected by the lack of mental health care services in the Territory want to see improvements to the system, and one local resident is hopeful that that change is on the way.  St. Croix resident “Jen” says her brother is doing okay right now, but that wasn’t always the case. “To me, it was frustrating going back and forth to the police station, and it’s almost discouraging trying to get help,” Jen says.

Her brother suffers from mental illness, and she and her mom have been her brother’s caretaker for the last several years.  Jen says living with him was a struggle and often times dangerous, with no one to help them.

“To me, it was frustrating going back and forth to the police station, and it’s almost discouraging trying to get help,” Jen says.

Jen’s journey took her to the local court system, and the V.I.’s congressional delegate’s office who referred her to the then-chair of the V.I. Senate’s Health, Hospitals and Human Services committee, Sen. Nereida Rivera-O’Reilly.  Because Jen’s brother was a veteran, Sen. O’Reilly was able to get the family in touch with the director of the Office of Veterans Affairs.  Though it was a challenge, Jen’s brother was finally able to get off the island for stabilization and treatment.  He is back on island now, and mostly compliant with his medication.

In March, Virgin Islands Governor Albert Bryan appointed Dr. Celvin Walwyn as a deputy commissioner of police for the St. Croix district.  Dr. Walwyn, who is passionate about law enforcement and served in both the U.S. and Caribbean, recently spoke to a local chapter meeting for the National Alliance on Mental Illness (NAMI).  Walwyn says what’s needed is training for police officers, specifically as CITs, Crisis Intervention Technicians, and there are grants available through the Law Enforcement Planning Commission’s (LEPC) website. 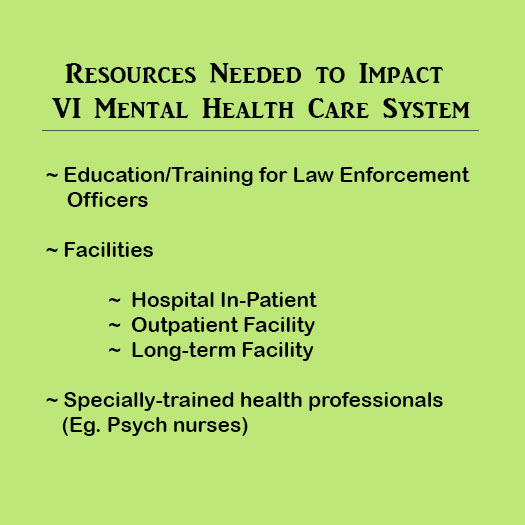 Jen says she would like to see more education and awareness in the community.  She would also like to see less talking and more action with some of the measures recently passed to appropriate funding for a mental health facility on St. Croix.

With training in place for law enforcement, a facility to treat and house the mentally ill, and specially trained health professionals, Jen says she can see progress on the way.

“I feel hopeful with the different people that we have in place even if they might not be able to get everything accomplished maybe in their term, but I think that they’re on the right track,” concludes Jen.